Lacrosse great Paul Rabil kicked off his 2017 United States mini-camp tour in California’s Bay Area, where he paid a visit to Instagram’s corporate campus in Menlo Park and got in some quick target practice on the employee’s recreation field.

Inside Instagram’s offices, the New York Lizards star couldn’t resist getting in some swings atop a puffy cloud… 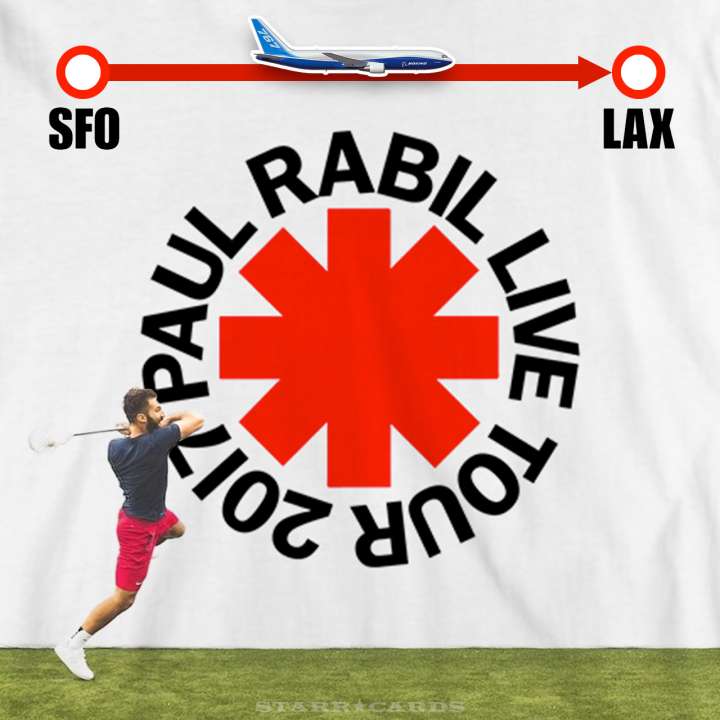 The first official stop on the tour was San Francisco, where Rabil got the attendees fired up with a clap-happy drill before working on shooting skills. Fittingly, considering he was visiting the City by the Bay, Rabil wore a Warrior t-shirt — albeit of the lacrosse variety, rather than hoops.

Jacoby Shaddix, lead singer of Papa Roach, showed up for the camp with his son Makaile, a budding lacrosse talent.

In Los Angeles, Rabil shared with campers the power of visualizing their success from high school to college and beyond. As a lacrosse star at DeMatha Catholic High School, Johns Hopkins University and both MLL and NLL, his words carried the weight of first-hand experience.

Rabil awarded a WWE belt to the camp champ — a tradition he plans to continue at the coming stops on the tour. The Rock would undoubtedly approve…

Two years ago I met @therock at #RoyalRumble. Since then, he's produced more films, given more back, put more boots to asses, and lifted more weights than me. Was definitely worth the picture, though. Until next time, Rock. #HumblePie

Next up on the Paul Rabil Live! Tour are stops in New York and Boston.